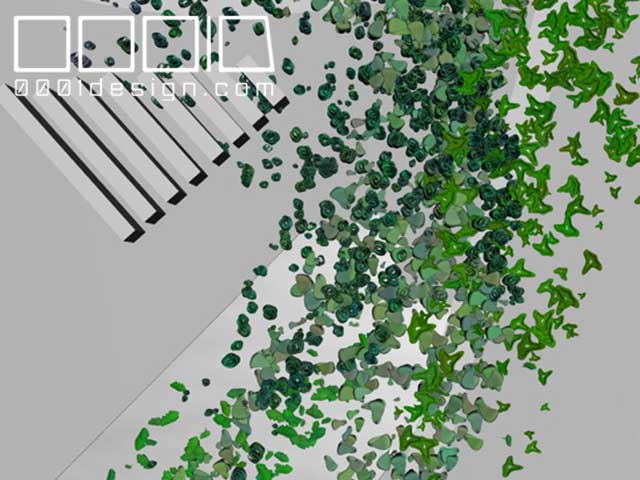 Our team modeled various cells that would be propagated across a virtual model of the city of Los Angeles.  Each cell performed various functions, and remained interconnected with the other agents of the biological system.

The entire project was presented at the History Channel’s City of the Future competition at LACMA.  Our team won the Infiniti Design Excellence Award, second place behind Eric Owen Moss and Xefirotarch in third.  Also the project was showcased in the LACE Gallery in Hollywood and Julius Shulman Institute at Woodbury University.

Here are some short clips of the final project.  The main project is described in various articles, like this from the L.A. Times.

For longer videos and descriptions of the final project, we recommend you contact Jennifer Siegal at the Office of Mobile Design, who was the chief executive on the direction of the project.