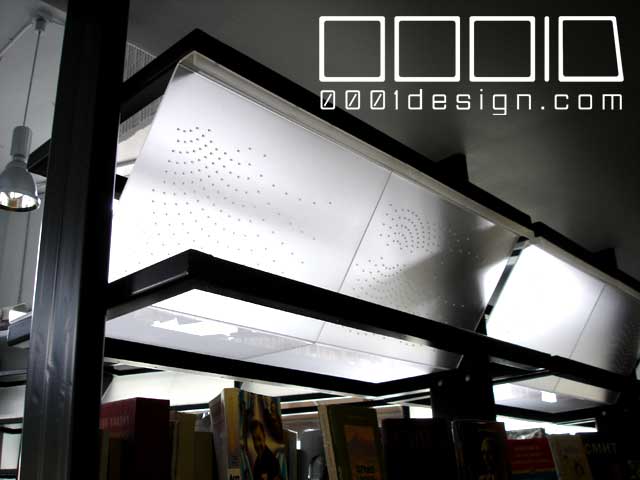 Proposal:  To develop a patterning system for a plastic sloped book and magazine display.

Solution:  Using lasercut plastic sheeting and forming, we designed and implemented a parametrically-controlled and linked 3D model that uses nodal and antinodal interference from virtual simulations to project a translucent pattern throughout the library.

This project was a collaboration with Juan Azulay of Osborn Architects.  Juan came to us with the intention of finding a way to display books in various ways to add variety to the shelving poche of the space, as well as find a way to utilize the surface of the plastic for visual appeal.  We came up with a unit that can be inserted throughout the shelving armature, with the ability to rotate (in degrees) or flip (vertical/horizontal).

These units would be situated throughout the armature as the librarians and designers saw fit. 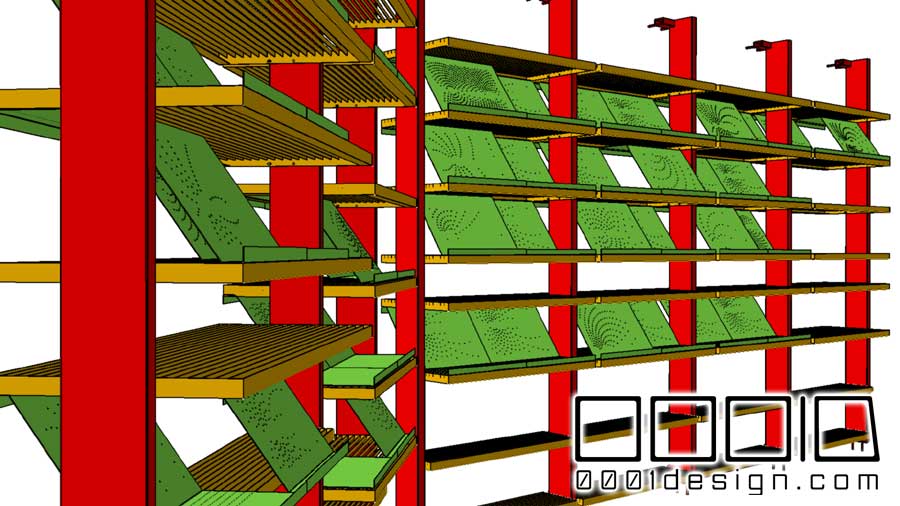 While each unit was topologically identical, the pattern on each unit will be unique.  We wanted to explore how we could portray the frequencies and nodal interference that would come from the broadcasting of various electromagnetic radiation, notably the concept of then-new wifi technology.

0001D set up an infrastructure to connect the 3D model to a series of virtual emitters that emulated the real-world deployment of wifi radiation: 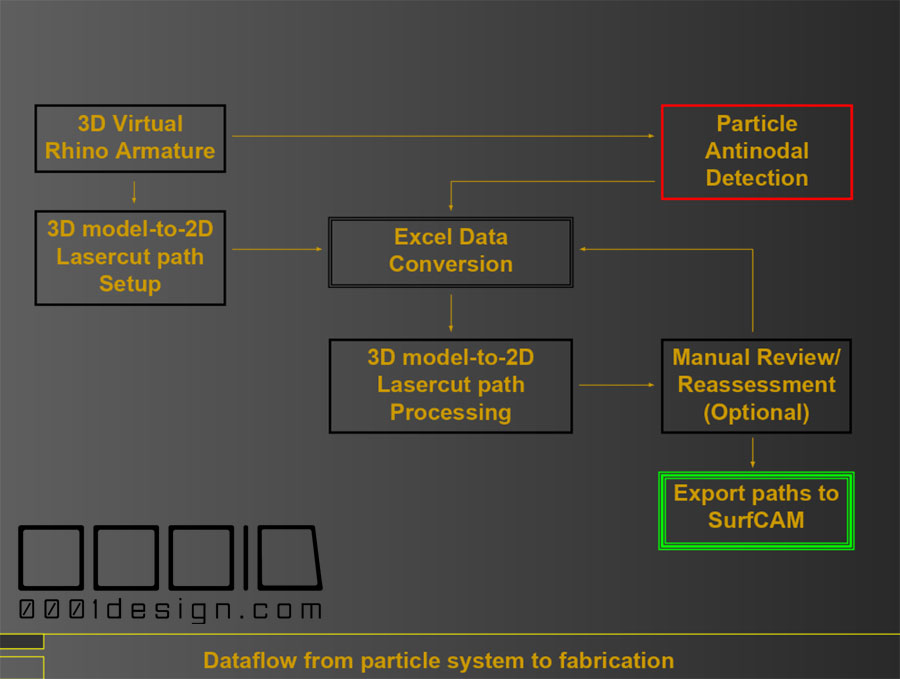 The simulators were scripted to simulate particle radiation, juxtaposed over the actual floor plan and 3D model of the library. 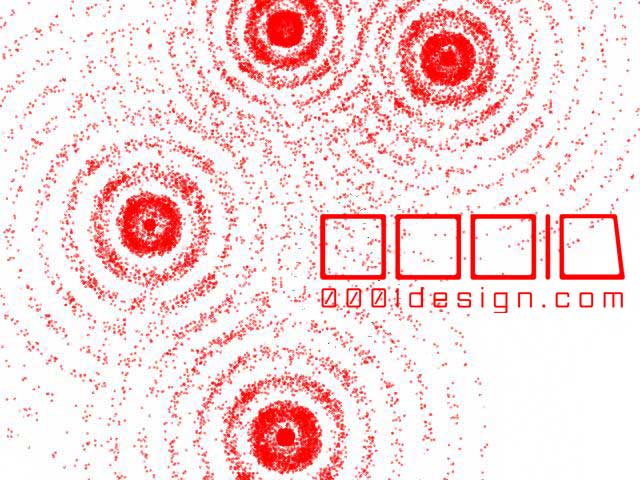 The simulation was played for several minutes, until a desirable pattern was achieved.  This was frozen in time, then a new script was developed to extract the particle location and density to be exported to the 3D model link.

This data was programmed into Excel, which had a live link to the 3D model.  Each line in Excel connected to a particular unit.  As the values changed in Excel, the patterns on the skin of the unit parametrically reflected the change. 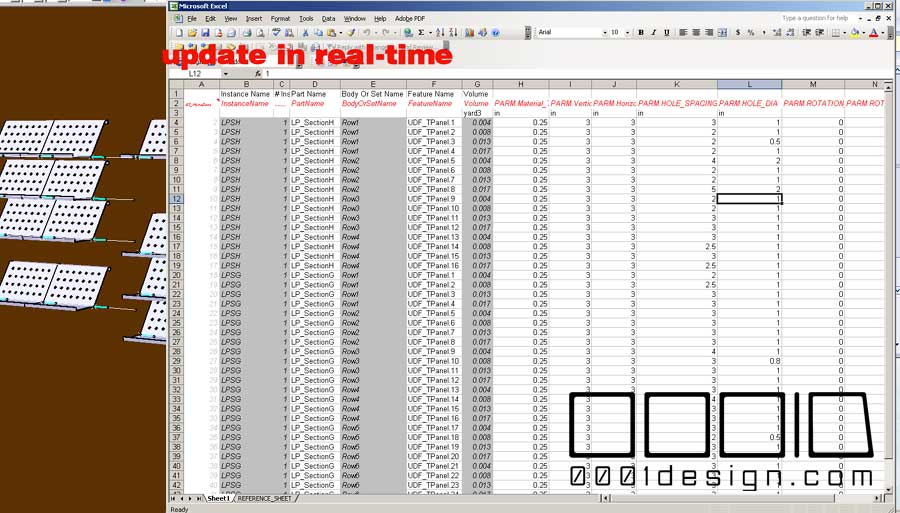 As the spreadsheet updated, the shelving units displayed a wide variety of conditions.  Every unit was unique. 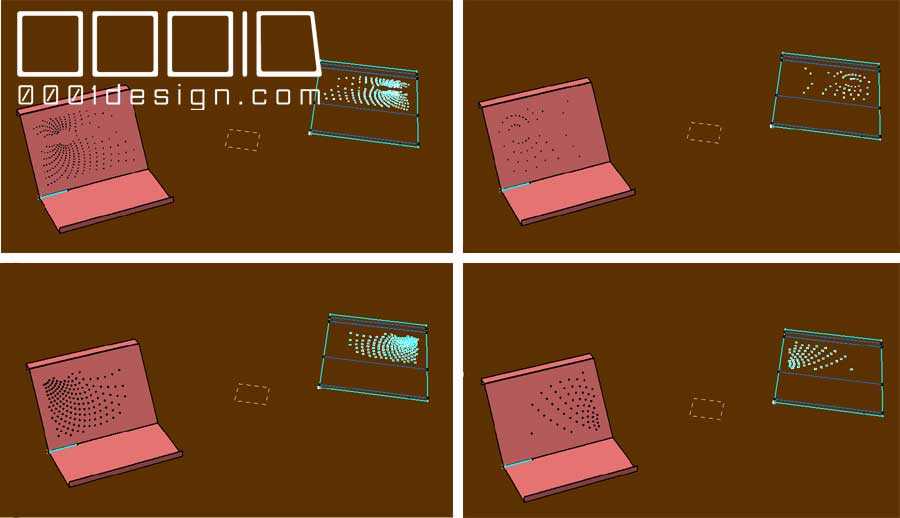 The 3D model also had more parametric intelligence infused in the system.  The virtual unit had a parametric unroll feature, that also projected the pattern on to flat plane.  This allowed the contractor and sub-contractors to easily construct the unit and install it on site. 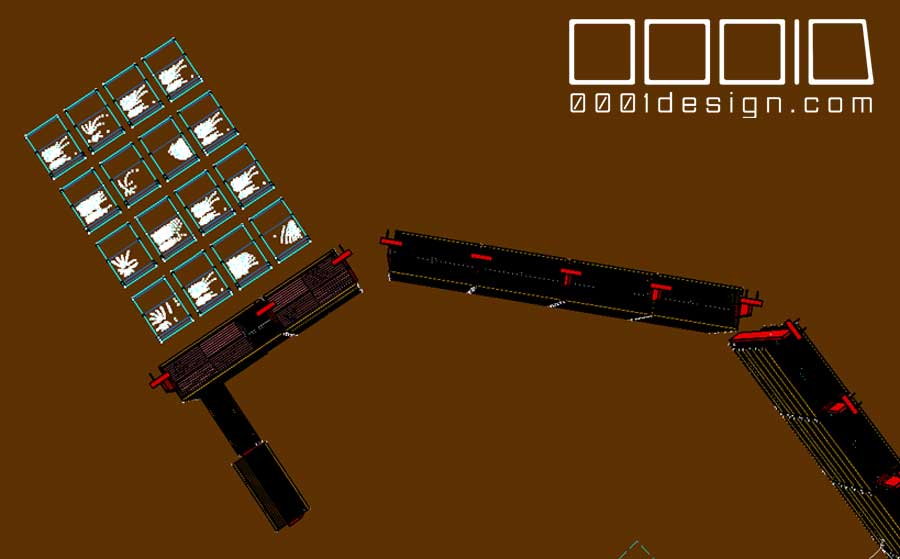 Each unroll lasercut corresponded to a unit on the armature, and it was laid out in a logical way relative to the shelving system. 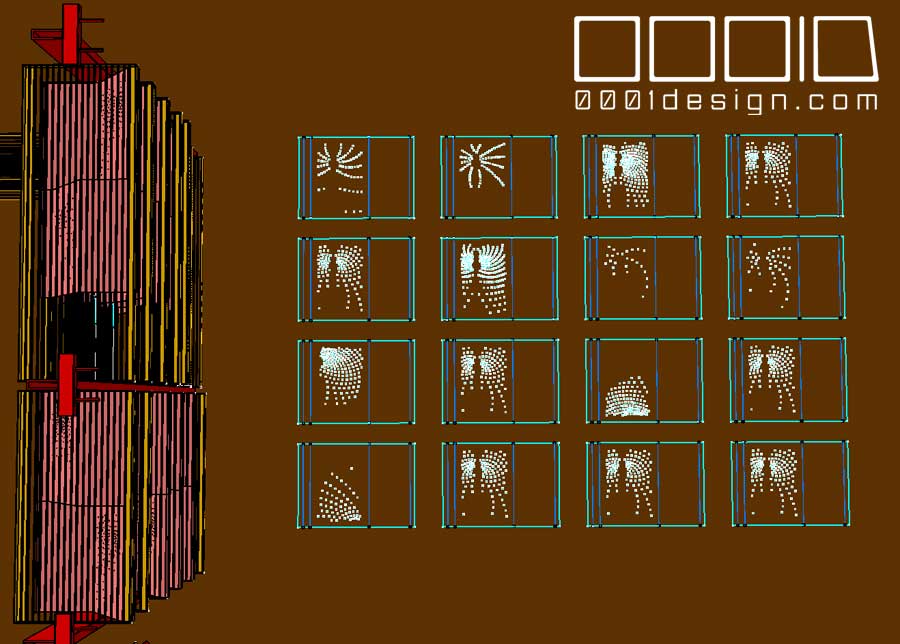 This was deployed throughout the entire shelving armature. 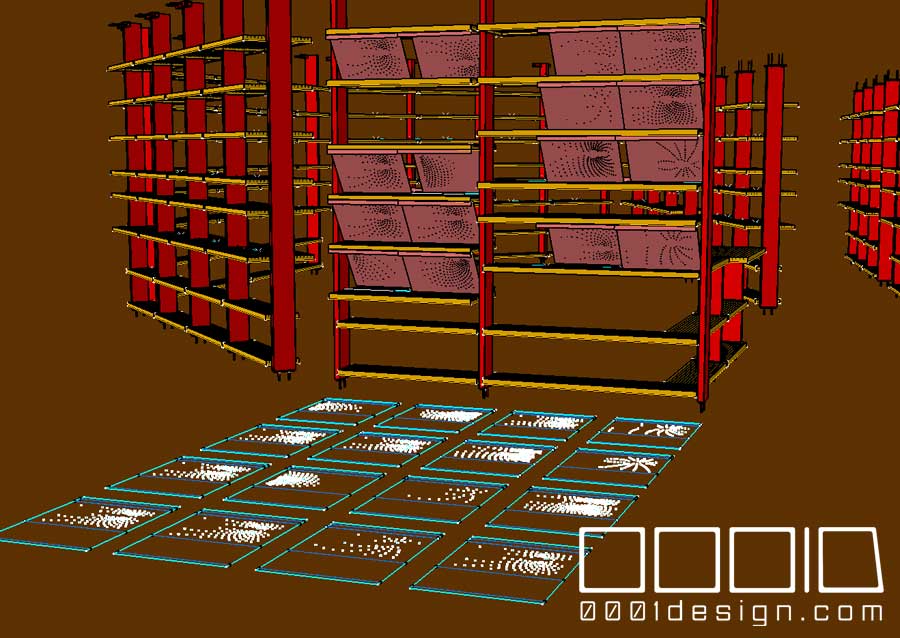 Parametric lasercut lines were structured in the model to export various types of lines for SurfCAM utilization.  Colors and layers were set up to designate “Cut,” “Bend,” and “Score” style contours. 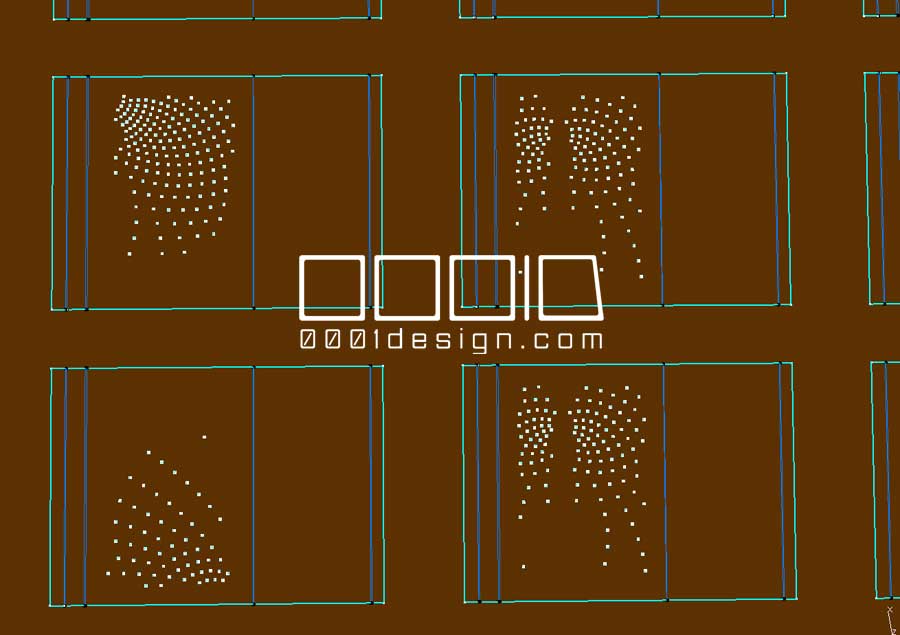 The installation on site: 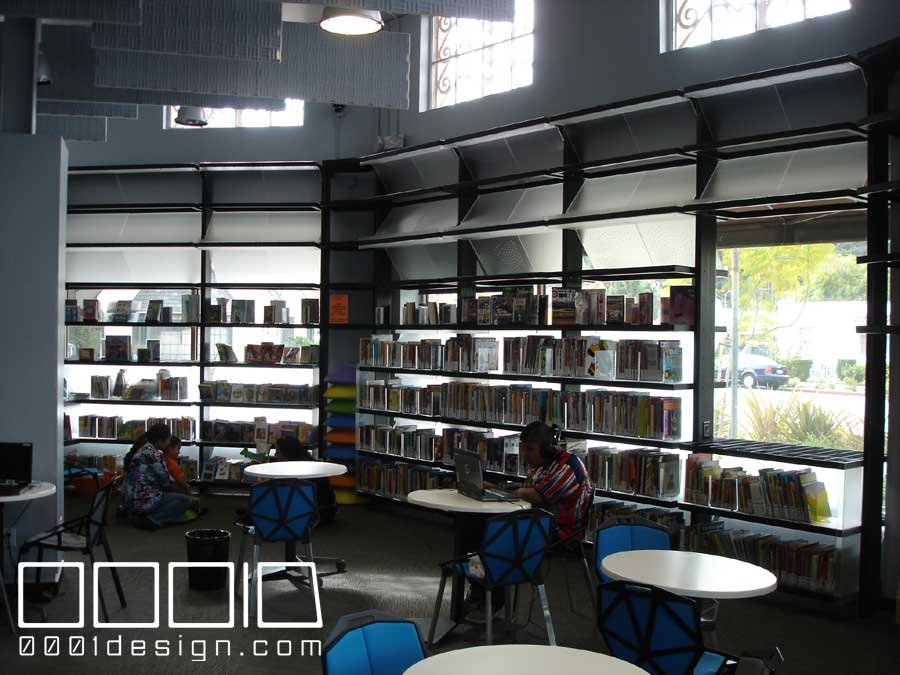 The patterning is very elegant and subtle.  Combined with the translucency and porosity, light has varying degrees of freedom in the space. 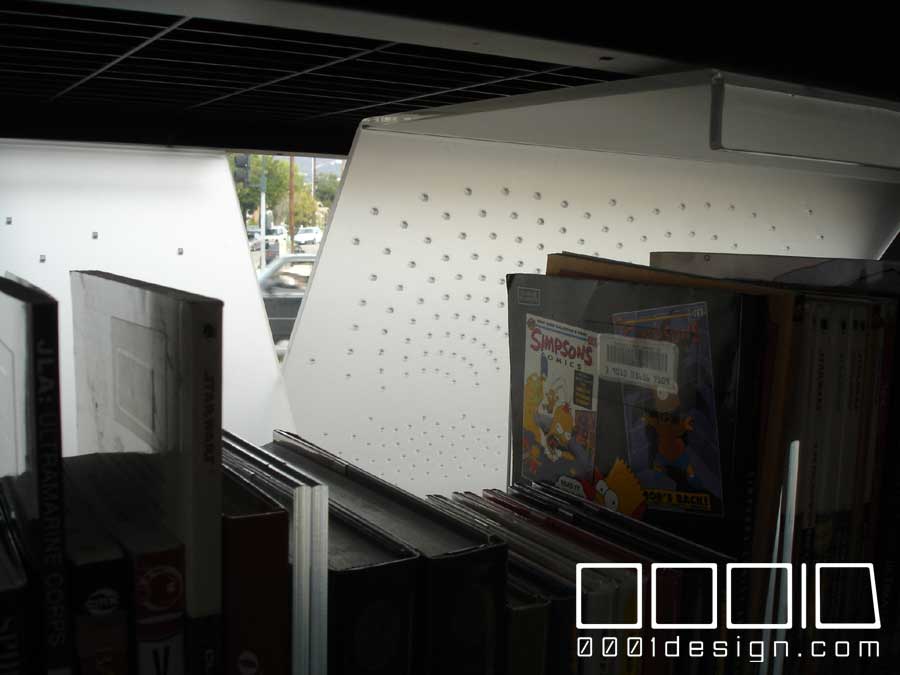 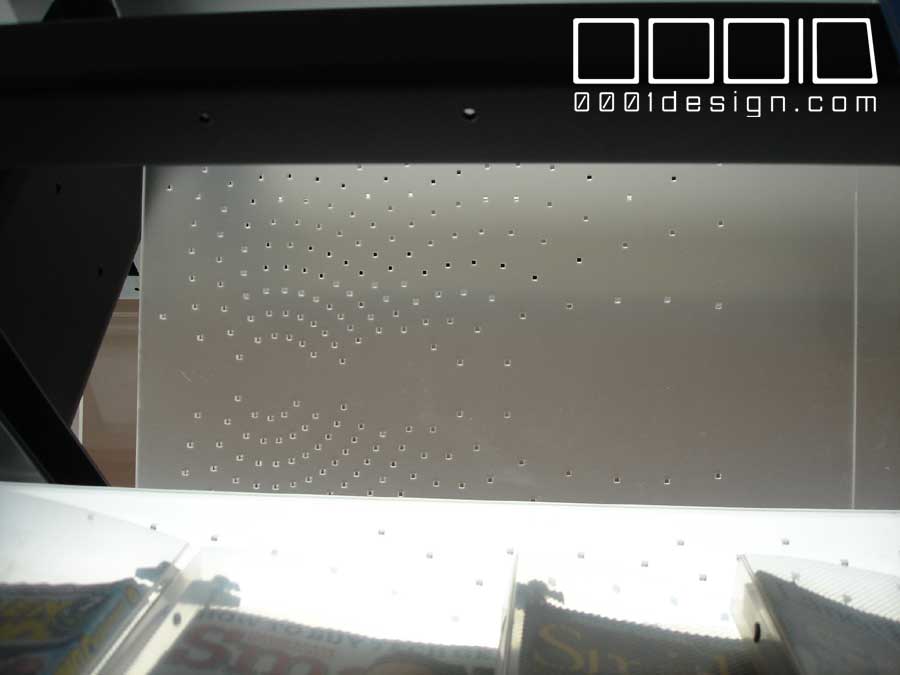 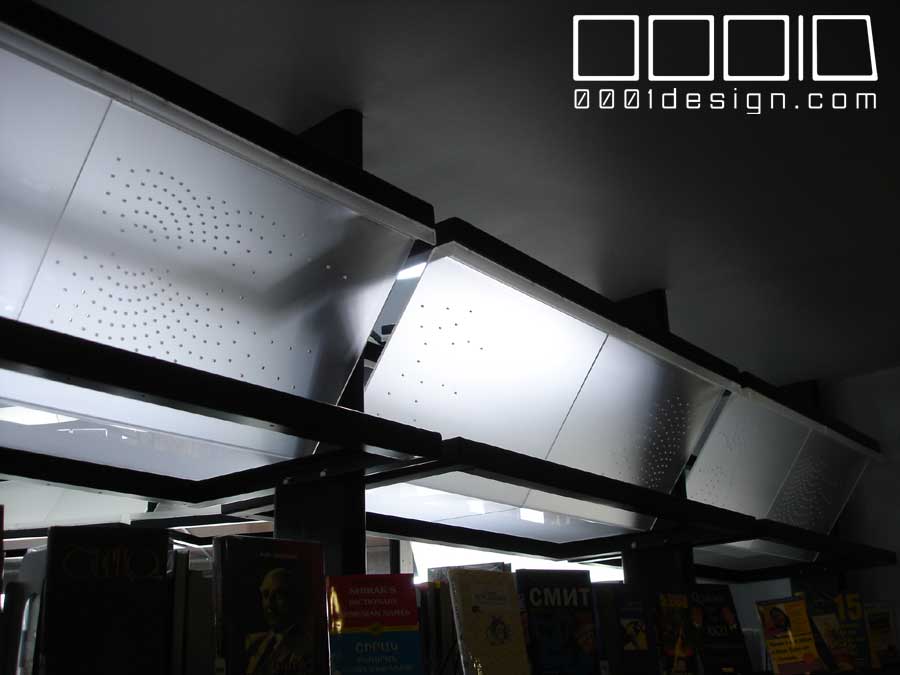 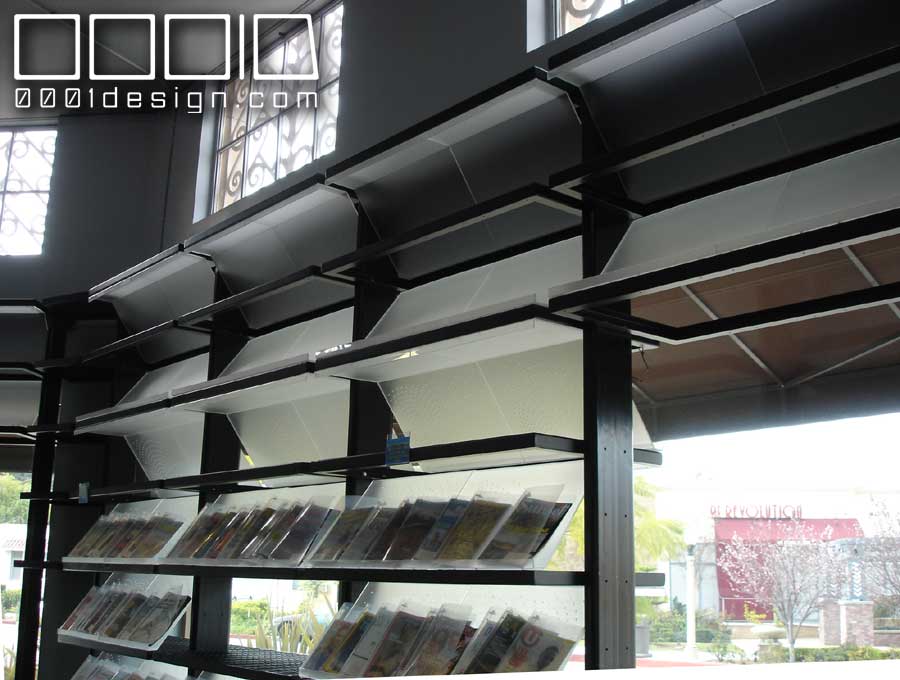 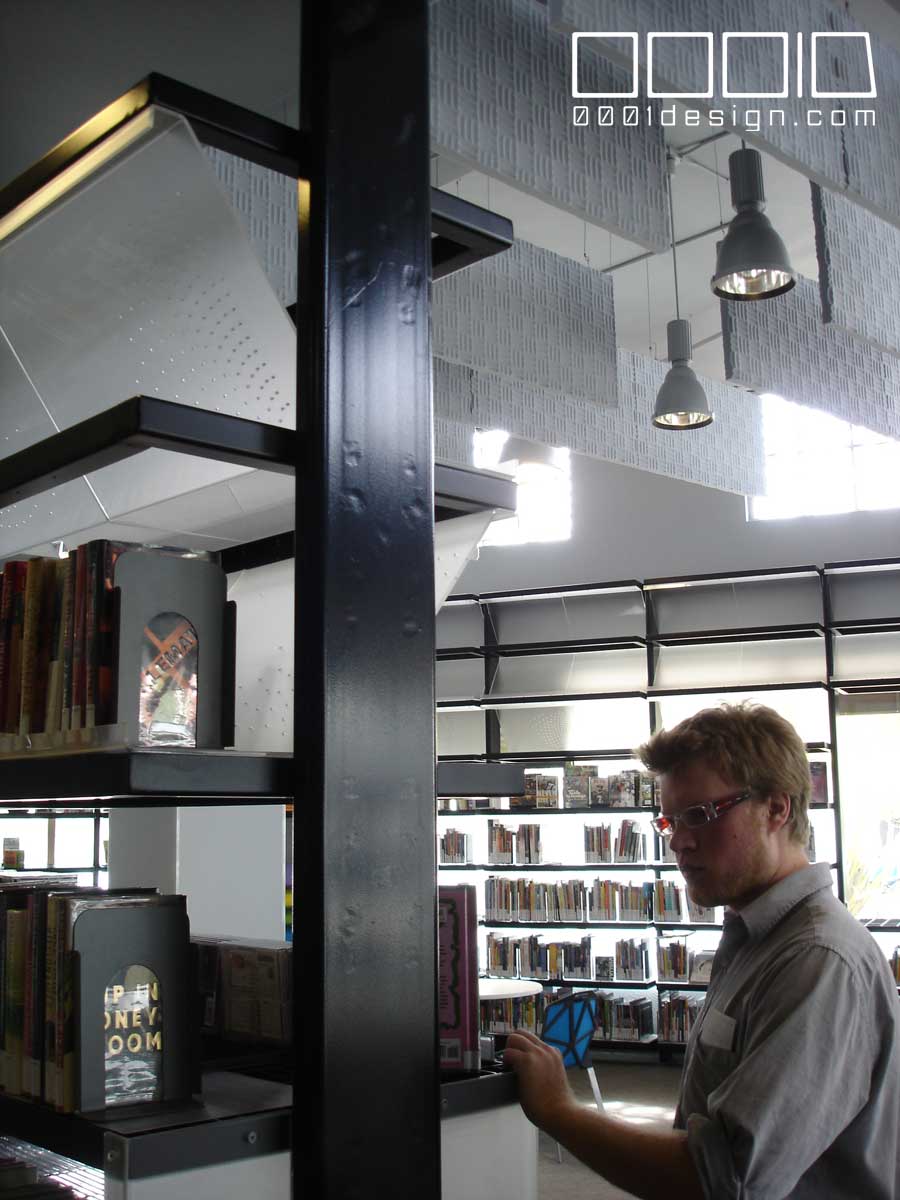 This project implemented several cutting edge innovations for the time.