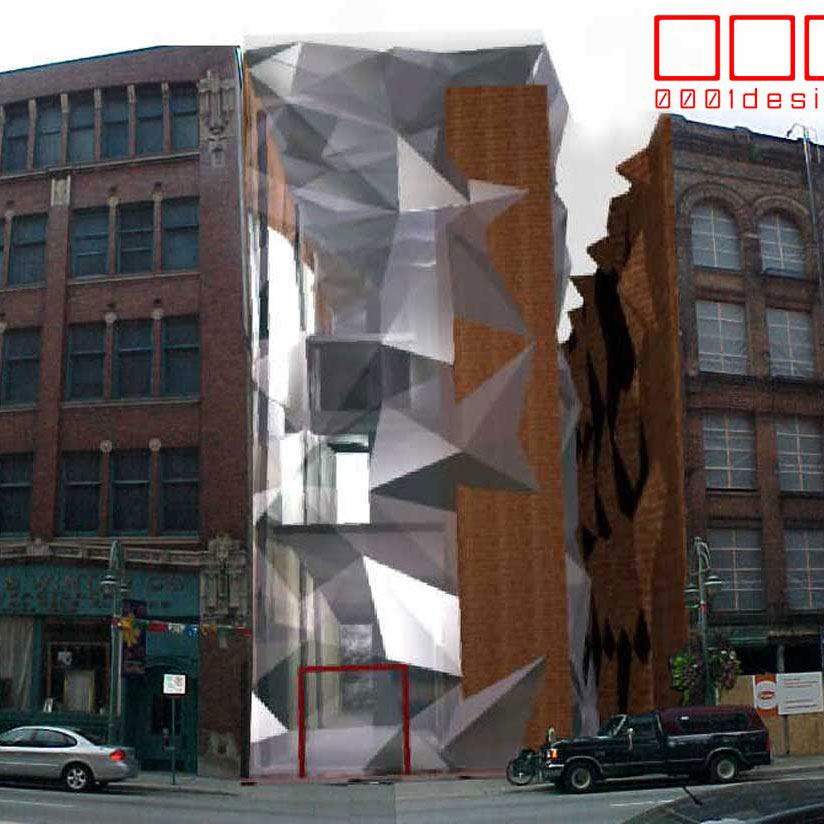 This design for a Milwaukee Schooner Museum (titled “Instant”) implements a seemingly chaotic facade to stand out against the neighboring nineteenth century buildings. The inspiration came from Wisconsin quartz and granite rock formations and the innovation allowing for inexpensive construction was the use of 3-dimensional Escheresque tessellations of glass and mullion units. These units can be “randomized” to oriented in 0-, 90-, 180-, and 270-degree configurations, and comprise of sixteen simple glazed triangles. Once installed, the panels appear to be chaotic, but actually follow a simple tessellation pattern. These panels could be mass-produced with the internal mullions, then delivered to the site for installation. 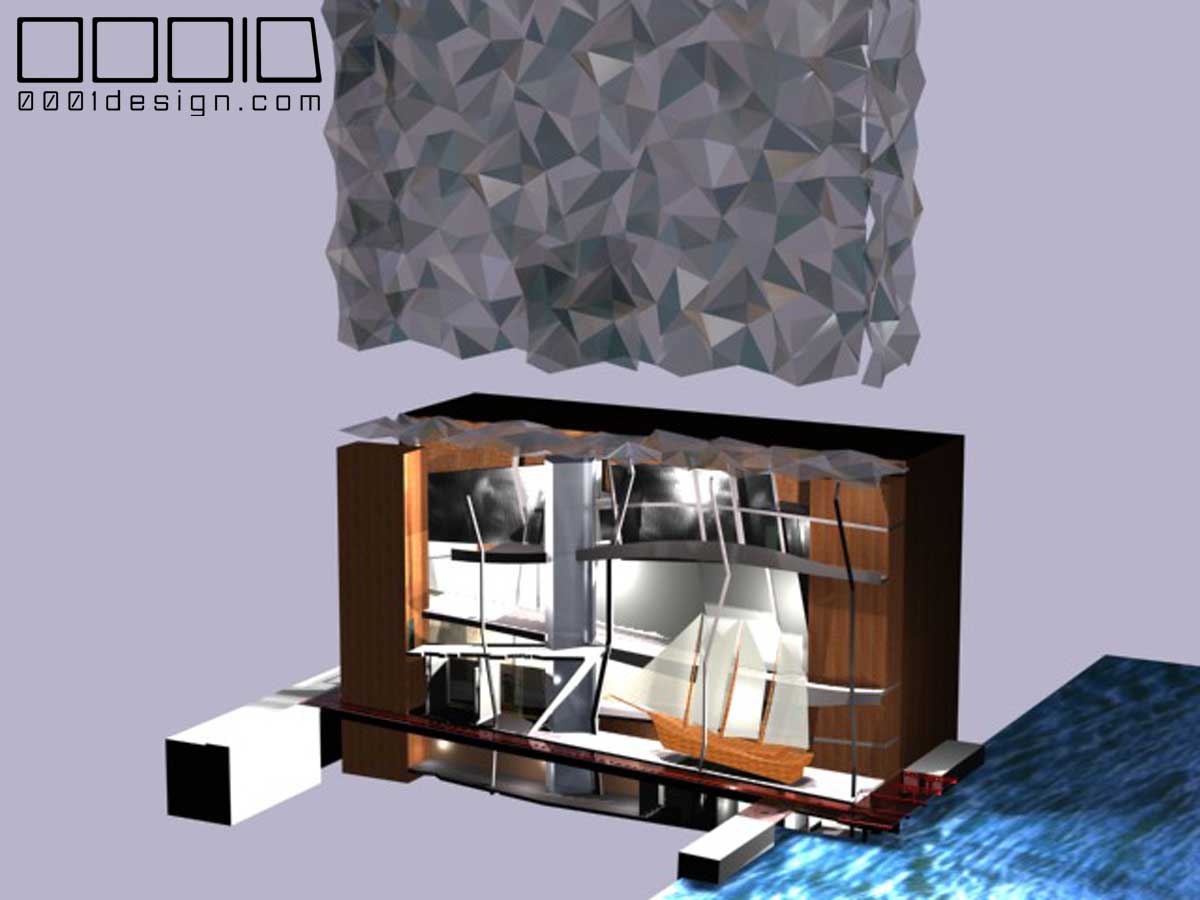 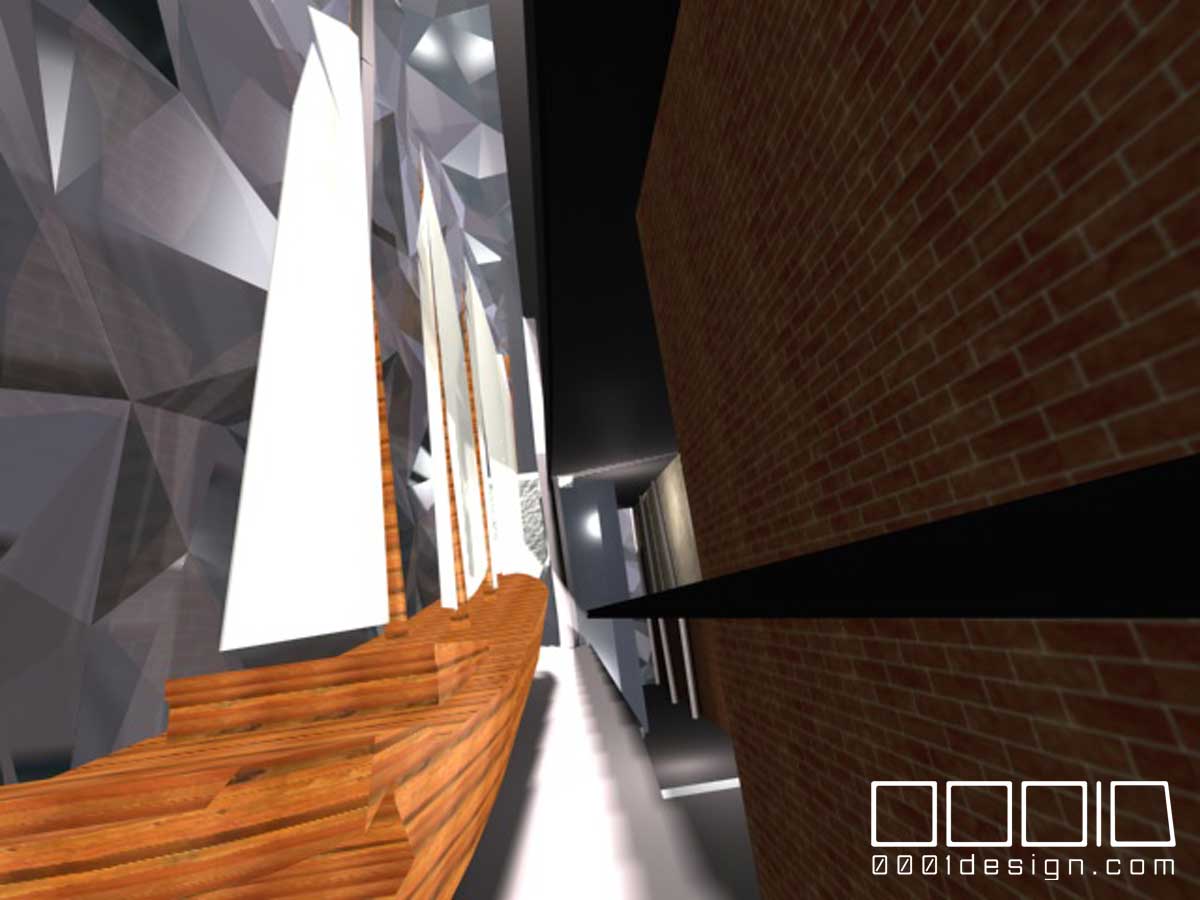 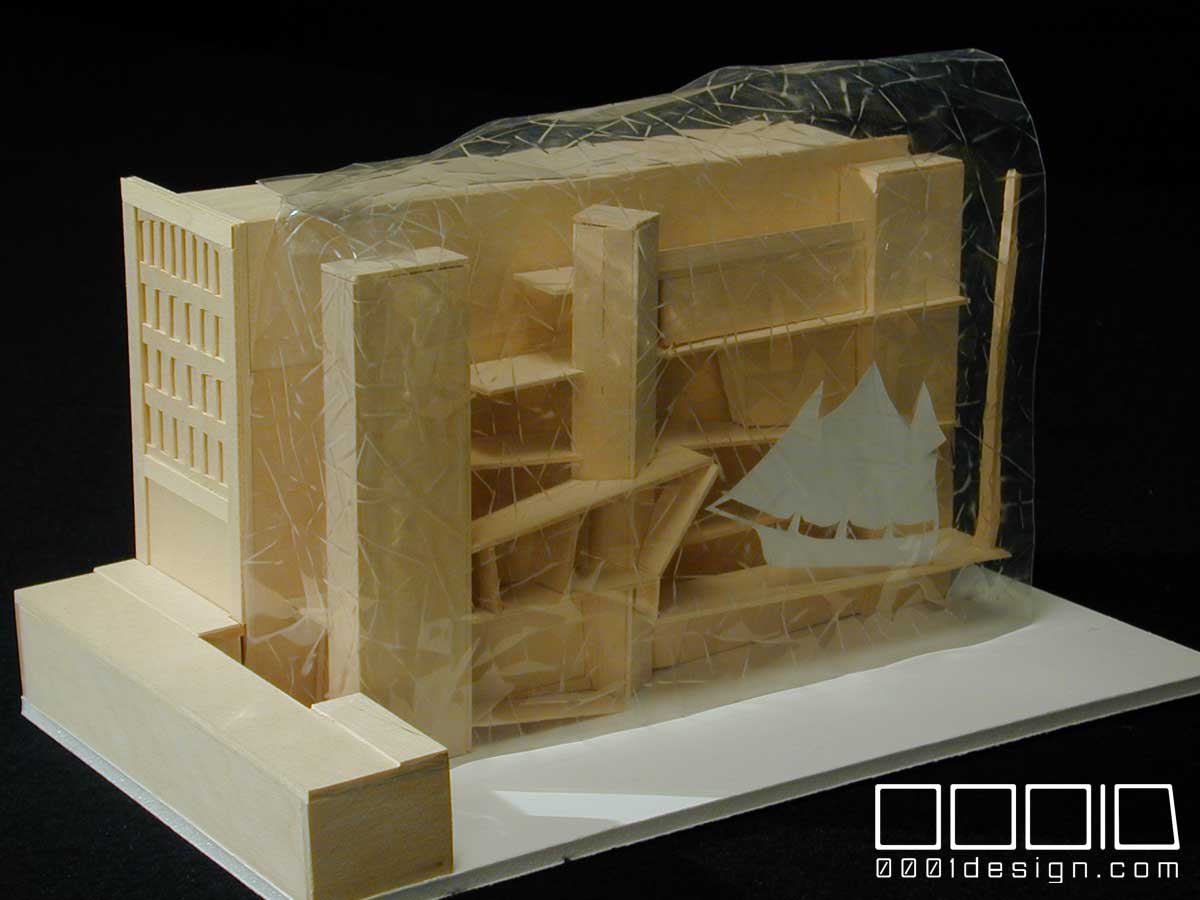 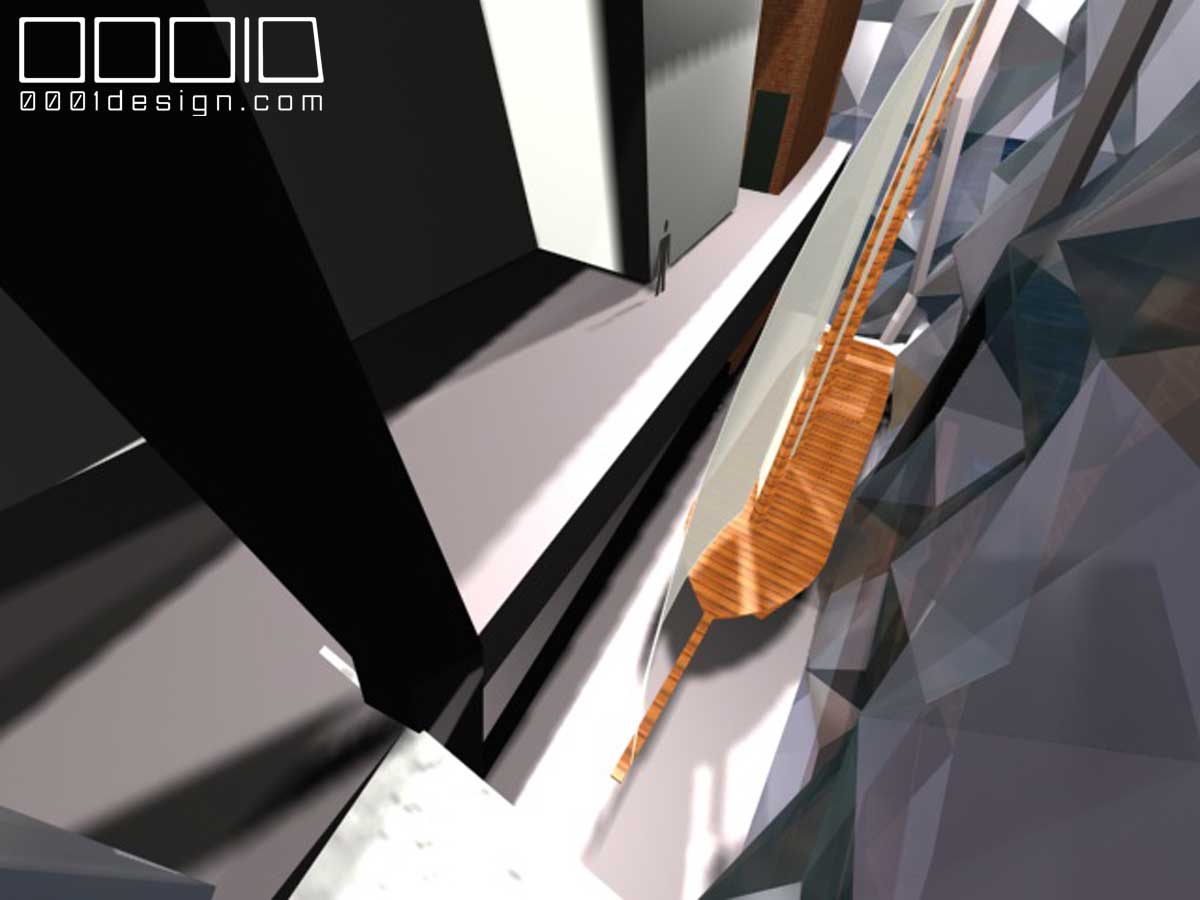 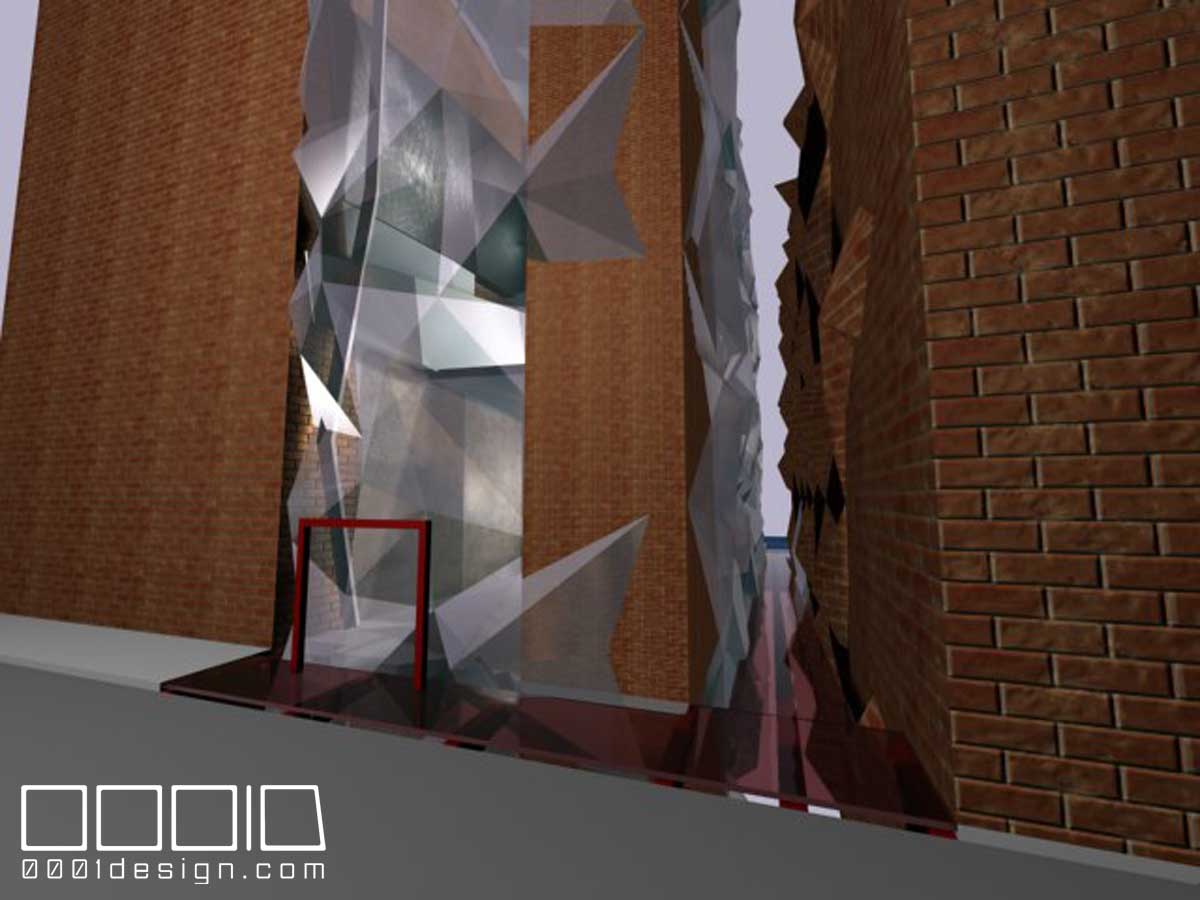 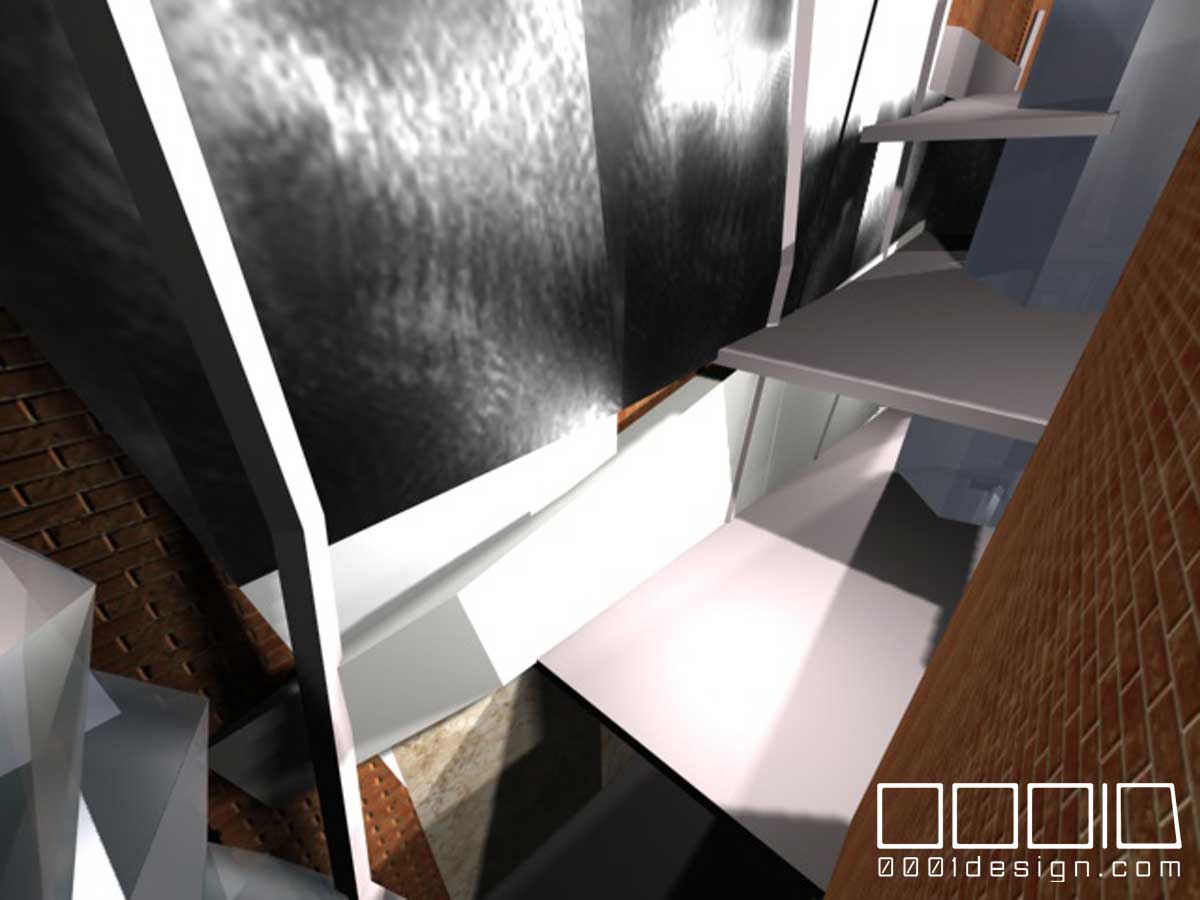